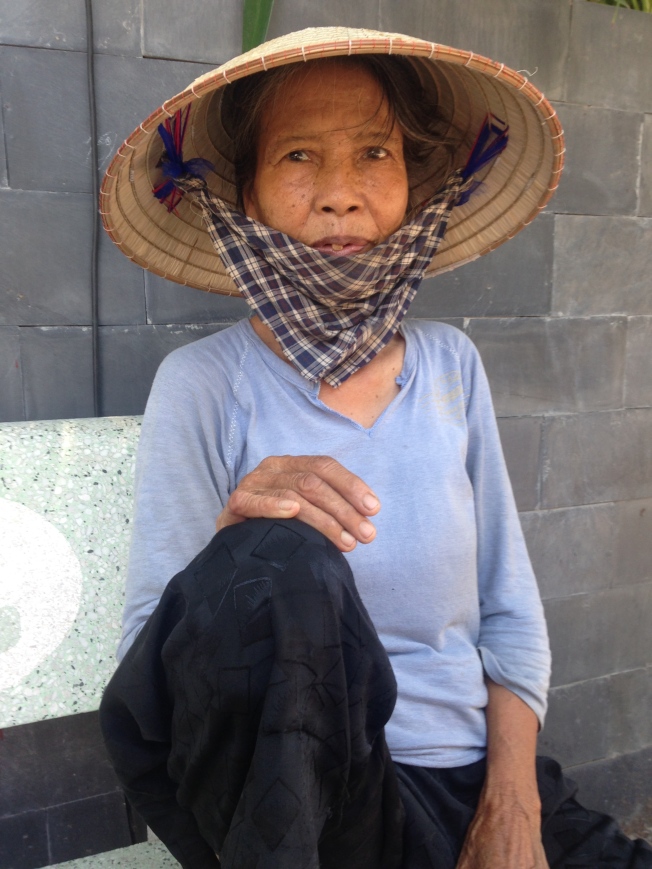 Going by bucket lists this was a long time coming. My Lai, Gulf of Tonkin & a terrified little girl running naked under a shower of napalm bombs. Remember? And, Bob Dylan singing ‘Blowin’ in the wind’?

So, to the land of the Dragon, the Tortoise, Unicorn & Phoenix.

Sen Chiao Vietnam. Hello, how do you do?

It is a casual, rhetorical greeting that need not be answered. But what follows in rapid, quick fire succession does & must be answered. Namely –

How old are you?

Yes? Do you have children? How many?

How much do you earn? 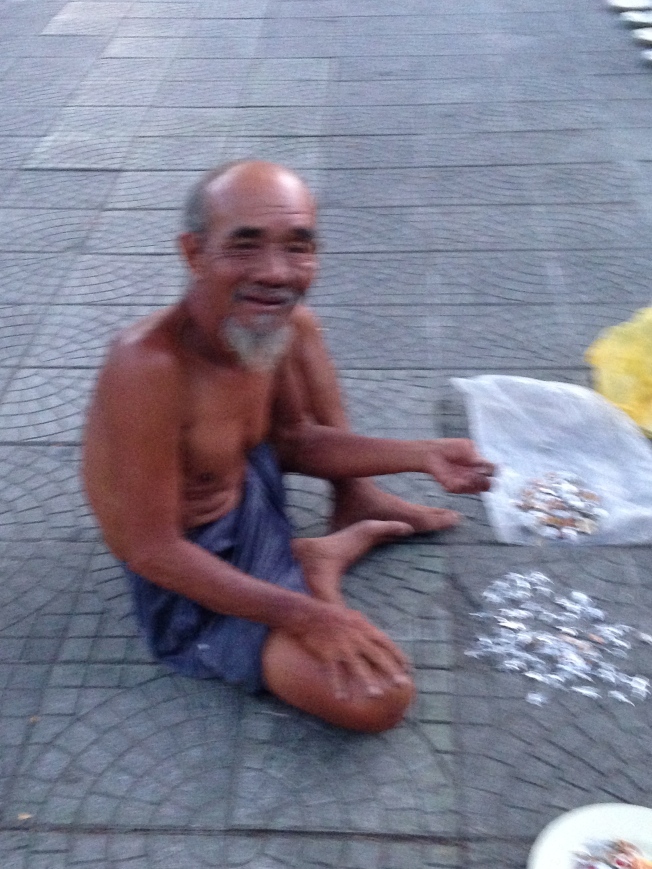 Poor language skills can be a hindrance anywhere but can never deter a keen, avid traveler. Communication therefore never really breaks down, for the Vietnamese are a friendly chatting people. Engage in banter and conversation that is in any case going nowhere, dissolves in laughter. There is no Vietnamese script, yet reading road signs is simple & easy – not only because of ‘Translate’. Mind your words though for each takes on a different meaning depending upon the scale – high, low, flat.

My ‘Umbrella Hat’ is an instant hit, inviting friendly smiles & stares. The reason I am certain, is to do with the traditional concept of beauty where girls must be very fair (Yellow race?) & have long black hair. Which is why you see so many peering eyes from beneath the body,hands & face ,all swaddled up against the sun.

A typical Vietnamese home will have one large bed in every room. It is used both for eating & sleeping. The toilet is the ‘happy’ place. Ask me why? Because, everyone goes in unhappy & come out relieved. 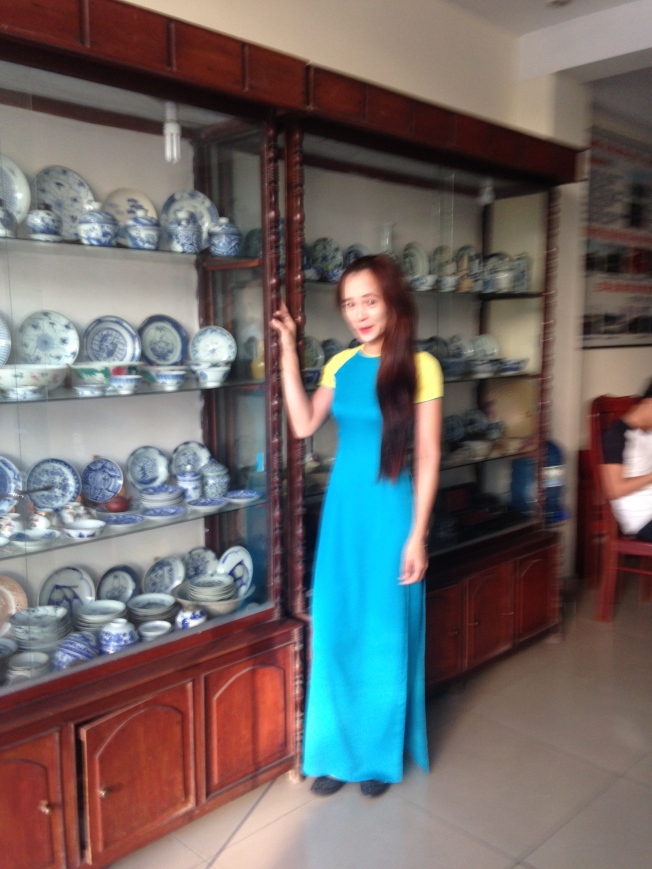 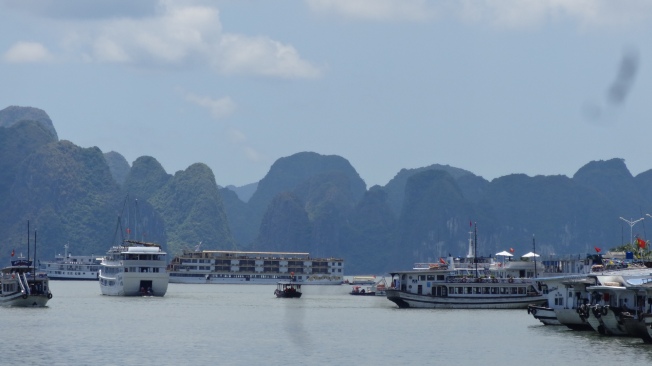 One can survive on the great variety of tropical fruits but this is a food paradise. Vietnamese eat everything that walks, crawls, flies or swims. The menu at ‘Diem Phuong’ a restaurant on the Mekong had – among other things – a rice paper wrap with filling of Elephant Eye Fish, pineapple, salad & dip. The pancake had duck eggs & pork. Not much of a Foodie I was the only one asking probing questions until someone shut me up with a ‘ never mind. Just eat’. And  I did & it was delicious.

An overnight journey by train is highly recommended. I did Hanoi – Hue/ Hue – Saigon with a halt at Hue, most charming of medieval cities, steeped in culture & history.

Train stations/ GA are clean & orderly. There is a waiting area as gates to the platform open half an hour before the train arrives. You simply show your ticket & board. No rush, no porters, no fuss. I didn’t know what to expect & ended up having a great time. A food trolley would come by every now & then laden with everything from meat, chicken & fish to beer & wine. And there was 24 hour cold/ hot water for coffee, tea, instant noodles.

The two & half-hour ride from Hue to Danang  is stunning & can be ranked among the most spectacular in the world especially, the 21 km segment where the train goes through seven long tunnels & crosses the Hai Van or the Ocean Cloud pass. So named as it evokes the mist that rises from the sea. The landscape alternates between mountain & sea, at times both on either side, mountain on the right, ocean to the left. It is magical.

The train arrives at Ho Chi Minh City early next morning – to the strains of loud revolutionary music. A rude wake up call that is in itself an experience. 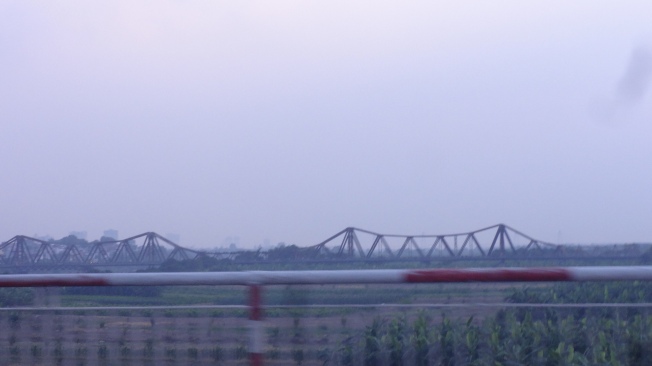 Vietnam has moved on after the ravage of war. It has world class infrastructure, super highways, roads, water & electricity. There are coffee shops, bars, massage parlors, gardens & parks with varied gym equipment for free public use.

Sets one wondering on the significance of the lotus in  national psyche. It is found abundantly & has a Buddhist connect, but the reason for it holding prime importance in local culture is because it motivates. Mired in slime & muck it inspires to rise above circumstance. 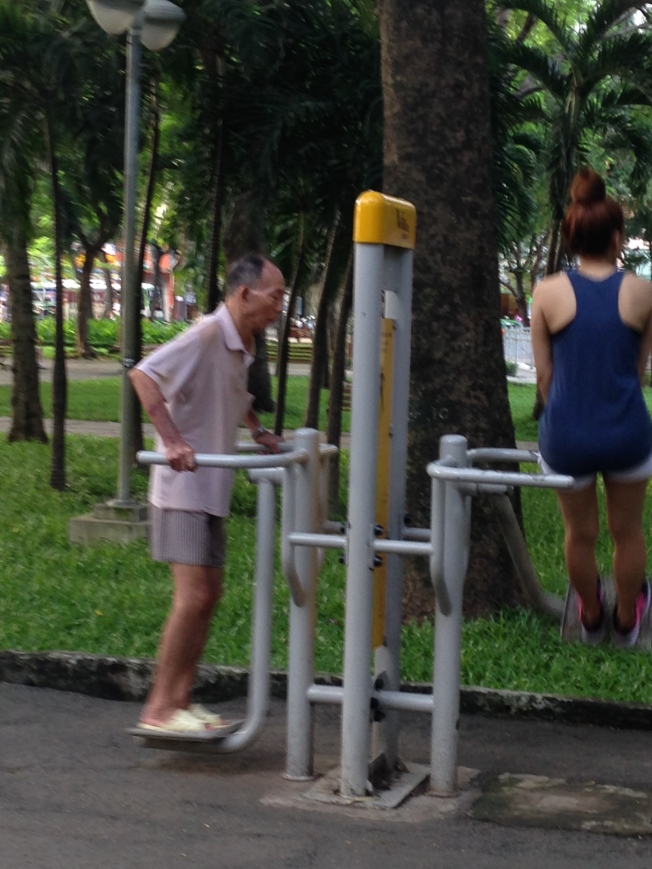 Flower Seller, on a Cyclo

The young are not religious. Mammon is God & most homes have altars where incense is lit, for prosperity. The government, no less, runs ‘Humanity’ Centers that are located  along the tourist trail. These showcase hand made weaves, arts & crafts created by the physically & mentally challenged – victims of American aggression, chemical warfare that maimed & killed over 3 million. The products are beautiful but smacks of rank commercialization. One comes away feeling sad at the crass milking of human misery.

A bus ride into the countryside has us gawking at a church like structure with a Swastika on top. It turns out to be a Cay Di place of worship. Cay Di, being a new faith that purports to combine the best from all religions.

And what of the ugly war that continues to fascinate & attract? There is little talk about it for though it belongs to the recent past, the past is history. The world however loves to remember, the only country to have defeated three super powers. Is it now gearing up for another round, in the South China Sea, perhaps. “That’s not what we call it”, says an official correcting me. “It is our Eastern Sea”

A motorcycle ride through the broad, tree lined streets of Saigon brings us to the war museum. It is on three floors & is an unabashed no – holds- barred display of the futility & ugliness of war. Heavy duty, full on stuff with documentation that makes one cringe. Unspeakably moving, there is pathos, real politic, heroism, tragedy, crime & bestiality. Along with lessons – on patriotism, the necessity of peace & respect for the tradition of war (when an absolute must) 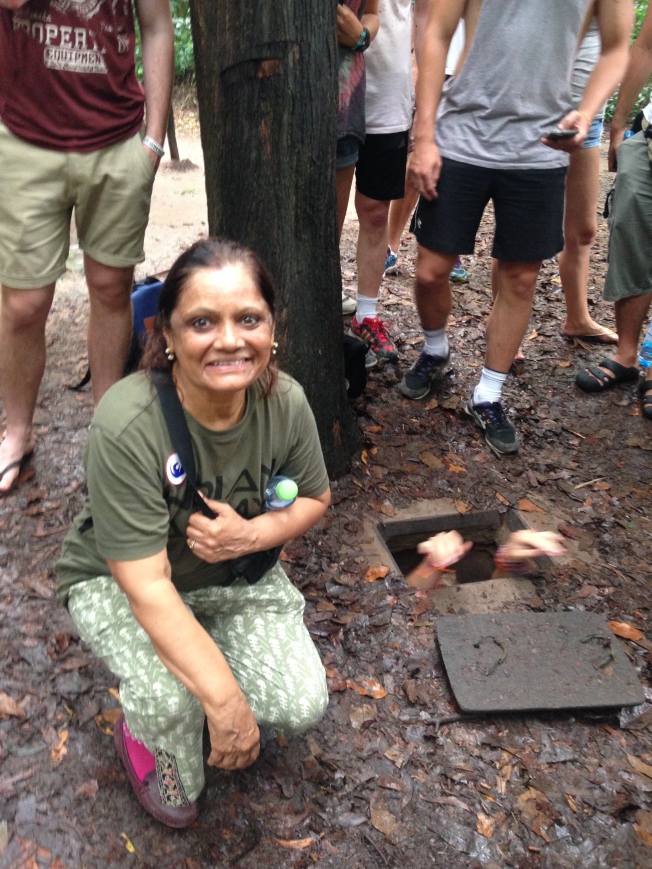 And so, to the Cu Chi tunnels. In the middle of thick green woods it owes its inventiveness to the inhabitants of Cu Chi itself & to the genius of Ho Chi Minh. Constructed at three levels, underground, it is an over 200 km labyrinthine. A network of design both intricate & simple, like a spider web. Only the puny can enter; which is what an average Vietnamese in any case is. (Also noticed: puny bees that do not sting & a historic obsession with Bonsai)

The day ends with a drink at the ‘Gecko’ a backpacker favorite in the Old Quarter. I order ‘Sorrows of the War’ – a cocktail of Cointreau, gin, lemon, sugar, cinnamon, aniseed, cardamom – that is priced at a whopping 88,000 Dong. (Don’t be aghast, works out to very little.)

Maggie loves it all. I encounter her in the back lanes of a Saigon alley, sitting on an armchair, reading a novel, unmindful of the hurly burly surrounding her. At 70 plus, this old lady from New Zealand has been here for 5 years.

“No need to. A snap of the fingers & everything’s there”

One thought on “Along an Eastern Seaboard”