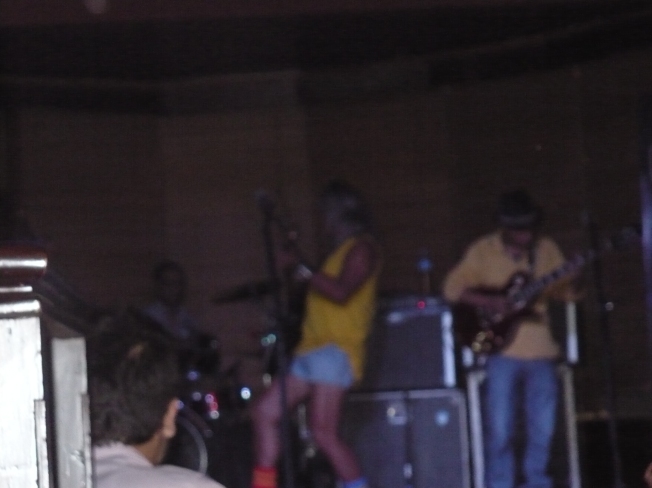 May 24. Bob Dylan’s’ birthday. An event that Shillong  (capital of rock music in India) celebrates with an annual musical concert. It has been so for 40 years now going back to 1972 when the first  was organized by Lou Majaw, local boy & die hard Dylan fan.

It has been Lou’s’ tribute to the Prince of Blues & Rock n Roll ever since. 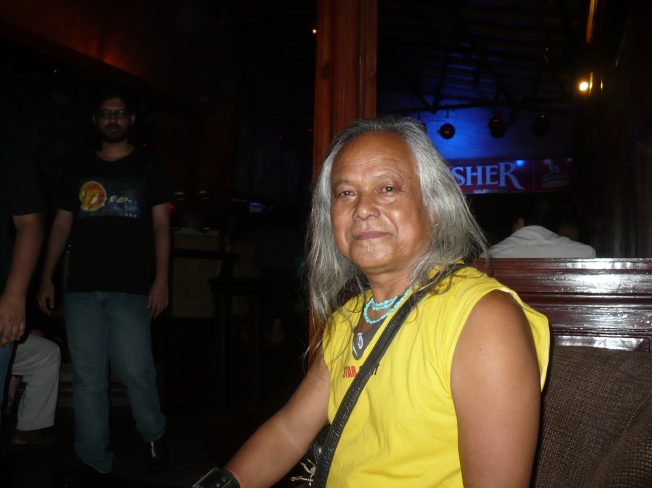 Lou himself is a legend in these parts. Troubadour, guitarist, folk singer who wants children to enjoy Dylan’s music & to dig the poetry & lyrics of its soulful numbers

May 24,2013.  My trip to Meghalaya is planned around this date. The concert is at Cloud 9, a bar at the Centre Point in Shillong.

I run into Lou bounding up the stairs even before the show has begun. He is ecstatic knowing that I am a Bob Dylan fan too & have especially flown in from Delhi for the event.

Cloud 9 is suffused with Dylan-mania, palpable in the air with fans of all groups & ages.  The bar is smoke filled, liquor filled. With no taboos or restrictions it is easy to sit  & relax & I do precisely that with a ‘Pina Colada’, which soon topples over – glass broken, splinters across the floor, contents all over my dress – in the excitement of Bob/Lou. 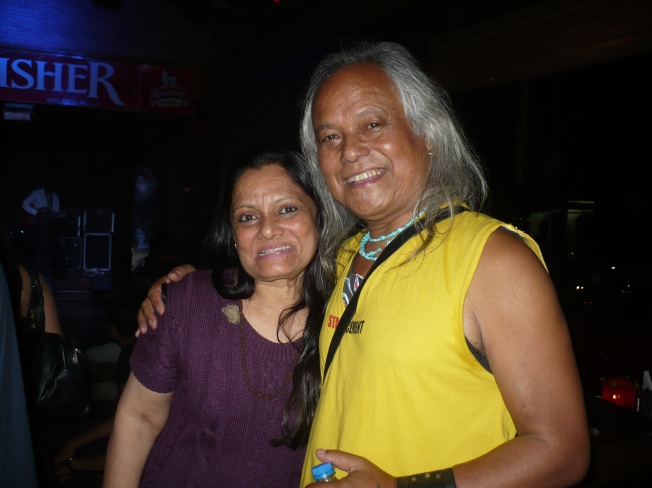 Guitar in hand he makes an appearance to loud  & prolonged applause. He is tall, of stocky frame & unconventionally attired. With flowing white hair & bandana, in trademark sleeveless tee, shorts & sport shoes,he is a showman par excellence. With a powerful gritty voice he begins his tribute to the strains of ‘Forever Young’, the audience joining in, followed by all the nostalgic old favorites  “Tambourine Man “ “ Blowin’ in the wind”  “The times they are a changing”

It is a mesmerizing 4 hours.

There is a large Calcutta crowd. Also many from elsewhere in the northeast.

And there is Geetu Hinduja from Bombay who quite literally brings the house down with her rendition of ‘‘There is a house in New Orleans they call the rising sun”………..’ House of the rising sun’

Happy birthday Bob. May you have many more.