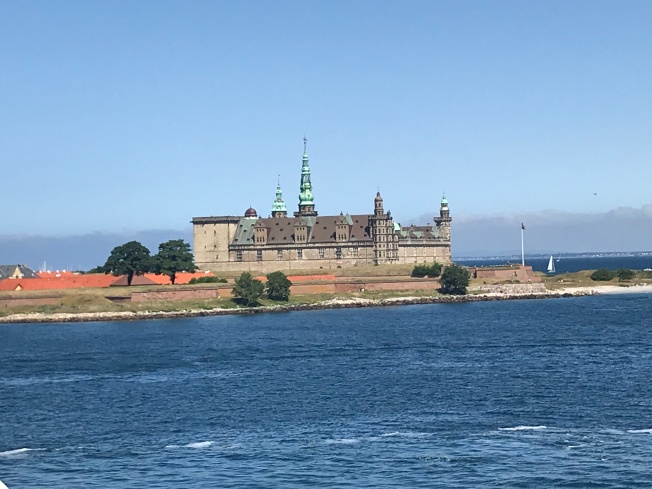 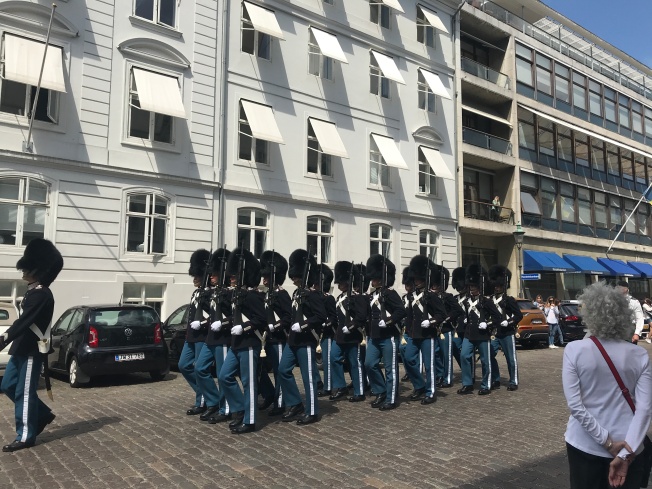 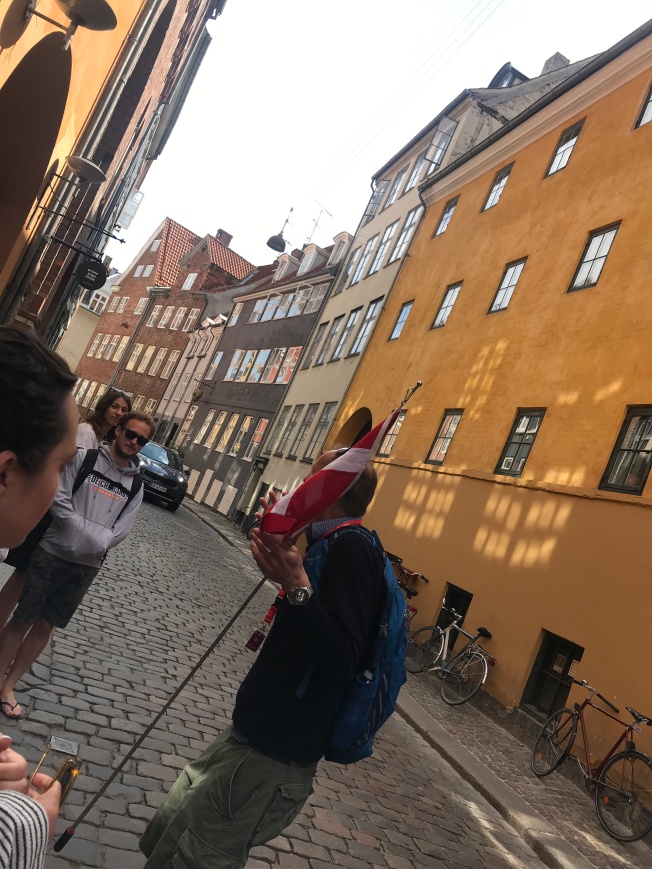 This colourful street was once a stinking sewer 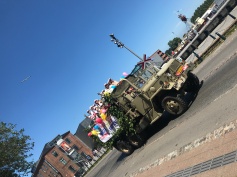 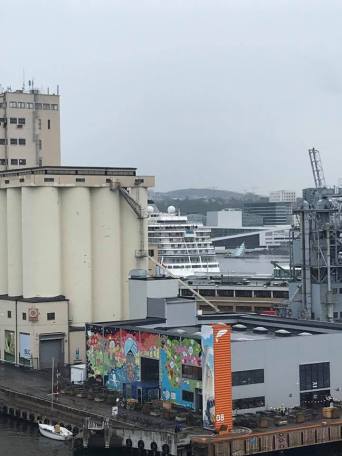 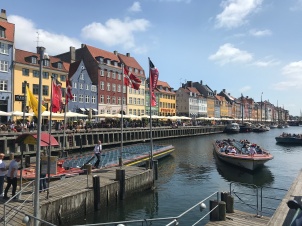 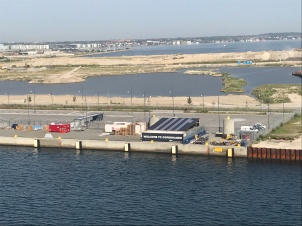 Nothing like a twist for that extra zing to travel. What better than a voyage by sea? There were flights to Copenhagen, train & bus connections too but this looked to be an interesting option – zara hatke.

‘The Pearl’ would sail at 4.30 pm & arrive 17 hours later. I joined the motley crowd around the Skybar on Sun deck. Solo travelers, who clinked glasses as Oslo receded from view, Opera House & traditional wood cabins still clearly discernible on the shore. A soft drizzle accompanied the ship’s passage through the fjord.

‘The Pearl’ was on 11 floors, a floating city with a pulsating life of its own. Sailing the narrow Oresund at 16 knots it had a capacity of 2000 passengers. The cabin small & comfortable, I settled for the night. Next morning was bright & sunny with everyone on deck for a first glimpse of Denmark.

Copenhagen again is not a budget destination. It is a compact city, easy to walk or cycle, map in hand. The challenge is to manage time effectively. The Copenhagen card helps, vis a vis transport & access to sites – Euro 77/48 hours. Cycle, DKK 30 rental.

The first day was entirely devoted toMalmo(Sweden). An awesome passage via the Oresund link that connects both countries. An experience in itself.

I had a booking with Sandeman’s at 10 the next morning. A free – tip based walking tour, 2 hours & half through 6000 years of history. We collected near Dragon fountain, City Hall, Soner the guide bursting with enthusiasm. One of the best in the trade.

He walked us through Stroget the oldest & longest pedestrian street in the world. Chok-a-block with designer brands & upscale stores, Stroget connects the City Hall to Kings Square the largest in the city.

Onwards to the area around the new Harbour via a bright, colourful street that was once a sewer. Nyhavn, with gabled houses has history, atmosphere & gastronomical delights. The oldest house # 9 built in 1681 remains unchanged as does #67 purported to belong to Hans C Anderson. Copenhagen started as a fishing village remember. From fishing village to national capital – modern harbour, all thanks to Bishop Absalom.

We were lucky to witness the changing of the guard outside Amalienborg palace. The tour perfectly timed to end at Queens Square.

On everyone’s wish list, the Little Mermaid can be approached strolling by the Marble church – Queens garden or along the water front. Beautiful options both, on an equally beautiful day. Which is why I have wondered at tourists coming in bus loads for a quick photo – op with Denmark’s beloved maiden. Forgetting she is indeed ‘Little’ many return disappointed while some others have tried to deface & harm her.

With empty churches converted to museums, yoga & play centres 82% non believers now have a new religion; Cycling. Consider this: There are over 400 kms of cycle tracks. There are cycle repair shops. People take pride in the brand they own, the fancy gear & accessories as well as the level of upkeep in much the same way most others do with cars. It is almost a sub culture with young & old alike. Consider yourself lucky if a bicycle never knocked you down. 63% parliamentarians are said to cycle to work. Can another country hope to match this? Denmark has flat terrain but that is not the only reason.

So, how does a nation make a quick & complete turn around & progress? “With laws shalt thou a country rule & make,” says Soner, taking pride in his nation’s history, culture & achievement. It is Europe’s oldest monarchy, has an 800 year old flag & a Crown Prince who is a legit Green beret. If taxes are high these are willingly paid. An investment for the future when health, education & social security continue to be taken care of.

A slow train meanders by little homes & hamlets to stop at Helsingor (45 minutes). One steps off the platform to the ferry & train stations adjacent to one another. Rather a neat arrangement – both terminals on either side of a single platform.

A sleepy old town Helsingor is charming none the less, with cafes, boutique hotels & 18th century lanes to aimlessly wander. There is a Carmelite Priory, several medieval monasteries & a harbour that makes for a nice seaside walk. Stretching out on a rock is the male version of the Little Mermaid – Han Estatua – minus the thronging hordes. Strangely enough the Elsinore walk, a self guided city tour does not mention him. Sadly alone & unheard of Han sits gazing out to sea.

Taking centre stage is 16 century Kronborg castle – scene of Shakespeares ‘Hamlet’ – A renaissance castle & Unesco heritage site, Shakespeare can take credit for putting it on the world map. The story goes that a troupe performing ‘Julius Caesar’ at the castle heard the story of the Prince of Denmark. It was narrated to Shakespeare with the plea that he adapt it into a play. And he did, using both Kronborg & Elsinore as backdrop to the tragedy of ‘Hamlet’.

The play is performed everyday from June through August. A live, inter active theatrical experience, it is a must for Shakespeare buffs as is the theatre festival hosted at the castle –  in August once again.. The bard comes alive like never before, attracting theatre aficionados. Rekindling emotions.