It is, in a nutshell, coffee & spice & all things nice. 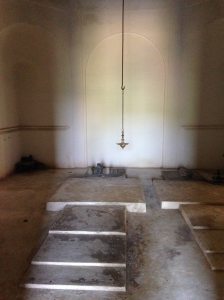 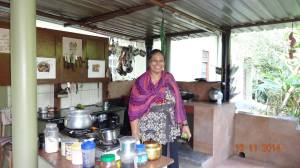 The much touted KSRTC, the State run bus service turns out to be a let down so I go cross country, taking any old bus from Bangalore to Mysore, then onwards by taxi. A blessing in disguise for it offers the opportunity of enjoying the countryside at will.

The ‘Elephant Corridor’ at Badaga is a 20 acre estate & the Chengappas, Nimmi & Viju perfect hosts. You are cautioned against early morning walks as elephants graze & roam the wilds & can often be heard crunching grass. Yes, quite literally for all around us is the sound of silence. Pachyderm encounters are not uncommon & could be counted among the many joys of life in Coorg.

‘Homestay’ is an organized sector here. There are 200 registered owners who act with rare passion often going the extra mile in their eagerness to showcase all things Kodagu. Hence no surprise that Viju offers to organize transport & keep a track as I commute from Mysore to Badaga via (at his suggestion) the Tibetan enclave & Golden temple at Byeluppe.

The couple are college day sweethearts. That their hearts continue to beat in unison after 35 years of marriage & 2 children is there for all to see. Parked next to their car in the porch, is a Royal Enfield ‘Bullet’ – the one that was used during their courtship & wooing days. Large sums are being proffered for it today but it continues to stand there – mechanical testimony to a Mills & Boon romance.

Nimmi a Srilankan is the epitome of everything Coorg – from language to cuisine to good looking but the banana jam is hers & hers alone. It goes exceedingly well with the local Dosa – Idli. A desi version of pancake with maple sauce if you will, but far more tasty. ‘The Elephant Corridor’, which has been a homestay for over 10 years, looks to becoming a wedding &  pre nuptial destination, as also a location for Bollywood flicks. ‘Coffee Beans’ was filmed here.

Mercara or Madikeri (3500’) as it is now called is the district headquarters. The entire area that was once a rain forest may be termed ‘semi’ rain forest today as large tracts have been cleared for plantations of rubber, coffee, spice & orange. Acre upon acre of cultivated land interspersed with surviving rain forest vegetation – trees so tall that they seem to be reaching for the skies.   Large & small homesteads with red brick tiled sloping roofs dot the countryside at regular if distant intervals. There is hardly a soul around. And silence so deep – except for the occasional bus rumbling by – it is picture perfect

The river Cauvery has long been to the south what the Ganga is to the north. A disputed river perhaps but also the holiest of holies, especially at its source – Talakaveri,

Pilgrims climb the Brahmagiri hill near by for a Coorg view. Also to leave behind make belief houses. Little stone clusters that symbolize their hope of future housing.

After springing forth at Talakaveri, the river vanishes underground. Suddenly & completely before re emerging 8 kms away at Bhagamandala,. Here it meets the waters of the Kanikke & the mythical Sujyoti to become ‘triveni sangam’, a site of pilgrimage.

Breakfast at the gazebo and a Coorg style sit down meal with friends & extended family. Otti Roti, Pandi curry, Kumbala curry – the works

That coupled with the quiet of the countryside is what I shall carry long after. 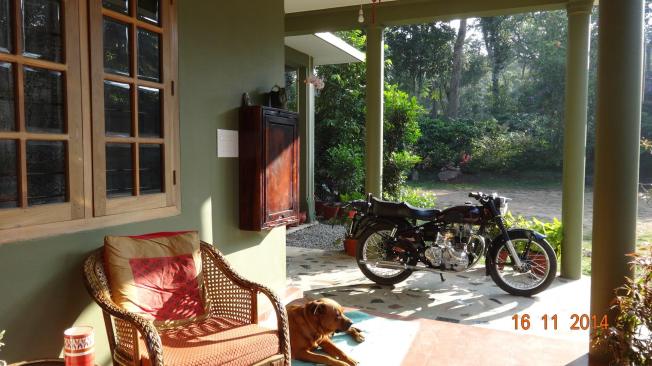 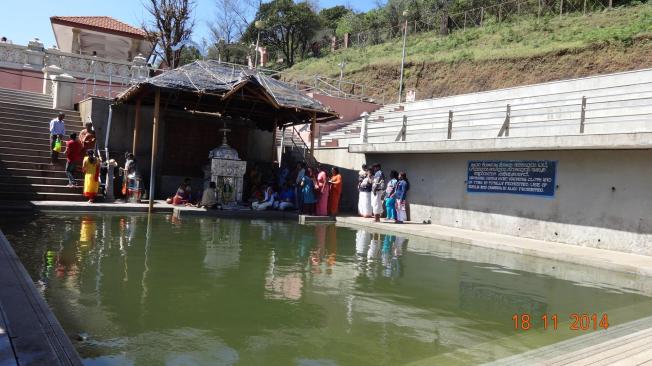 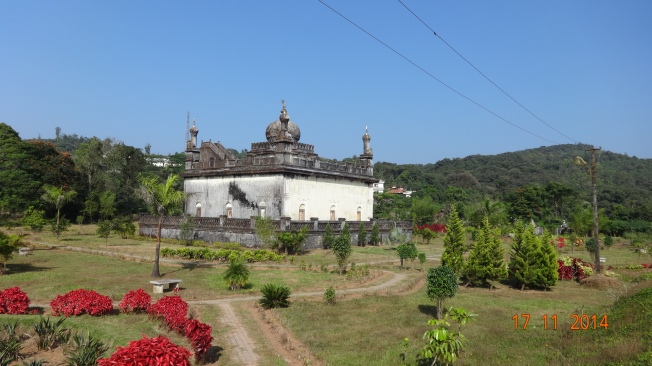 The tree of life – Elephant Corridor